Well, the bad news is that Frankie, the diminutive Siamese, simply stopped showing up - around the same time Timmy fell ill. Just gone. After a summer of snacking with us and even napping inside, he has vanished. Perhaps his owners moved, or gave him away, or... ??? I'd rather not think about the "or's", but it still feels suspicous to me. On the good side, Rascal, who first appeared in the early spring (see photos), and often showed up at the same time as Frankie, leading me to think they had the same home, is still skulking around, and we hope/assume he has a home. Only once this summer did he seem ravenous and so we fed him. But maybe his owners were late coming back from somewhere etc. (Some people actually have a very loose definition of cat-ownership and all it's responsibilities). He seems much less desperate now: he plays with my gang in the garden, but generally goes on his way. But I am sure he knows that if he is ever in dire straights, he can come to us. We also have a Chaiyka look-alike (who happily looks very healthy and has a collar with tags),and a sweet tortie and white from across the street called "Boo". My garden is the best spot in the neighborhood - a real haven for "creatures great and small"!

More updates on everyone else later this week! 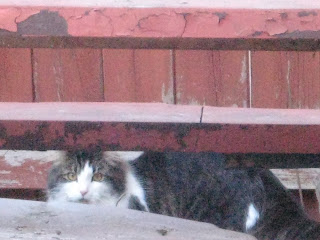 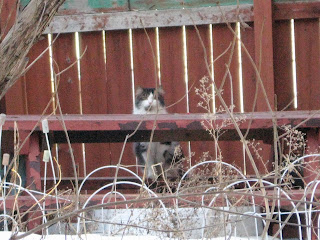 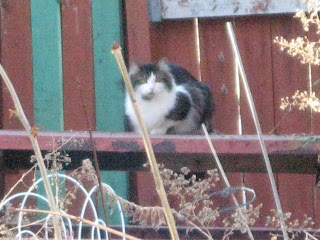 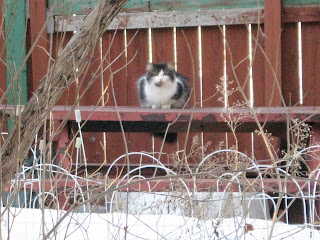