We have been having terribly high heat and humidity recently, which has abated somewhat a day ago, thank goodness. Summer is nice to have, but I swear I prefer snow to the stifling, suffocating weather we were having – could barely move or even think. I am sure it was a factor in our current outbreak of rhinovirus (a common upper respiratory illness), which began with Mr. Poole, and spread quickly to everyone else. I am most worried about our fragile diabetic Bandito, who started sneezing and wheezing yesterday. When Mr. Poole came to us several years ago, he had it bad – so congested he could hardly eat. But with meds and loving care it went away, but we knew that this thing never leaves, it just goes dormant. It has hit Manitou the worst – he became totally lethargic – would not eat or drink – and hid in the basement. At one point I was afraid to touch him, as he looked like he had passed away. His ears were blazing hot (high fever), and was rushed to vet immediately, where we got antibiotics, and lysine powder which is supposed to help in keeping the virus at bay from the others. But now they are all sneezing to varying degrees, and Manitou is still poorly, but happy to say he is eating again, which is always a good sign. Such a worry, all this.

Meanwhile, the garden suffers too. Whatever is left blooming is fading fast, and drying out from the lack of rain. Daylilies are ending – we had a beautiful show this year, and they are so drought-resistant: 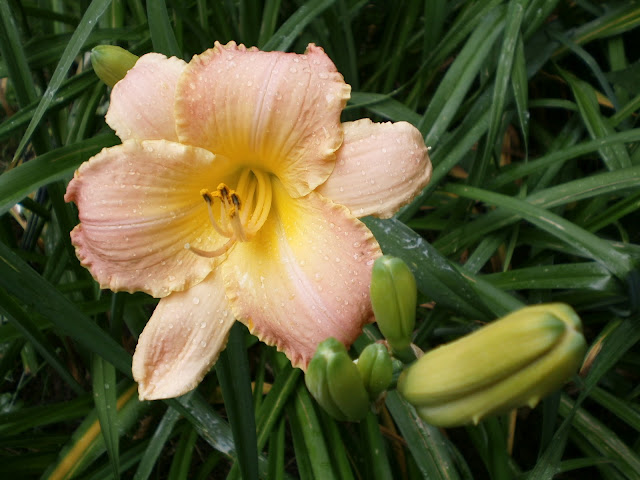 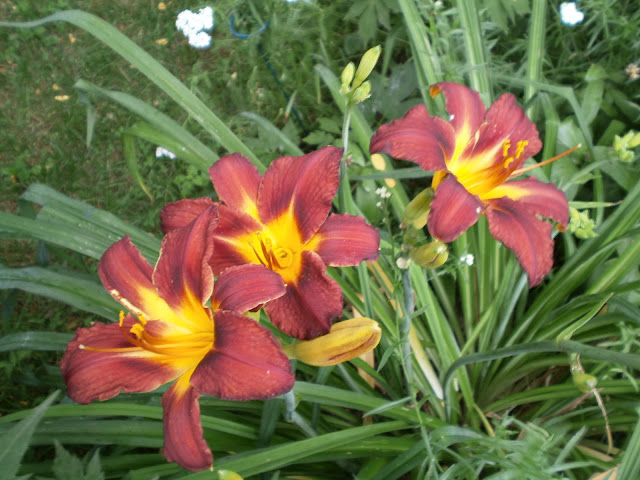 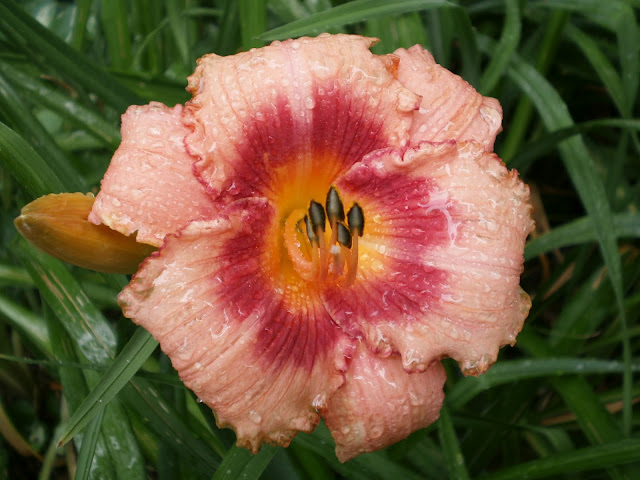